Oil price extends rebound from monthly low ($76.25) following unexpected drop in US inventories, and crude could stage a bigger rally in the coming days as it reverses ahead of the January low ($74.27).

The price of oil is trading at a new weekly high ($82.94) as it carves a series of higher highs and lows, and crude could continue to retrace the decline from the monthly high (90, $39) as data impressions from the United States instill improvement. energy consumption outlook.

Recent figures from the Energy Information Administration (EIA) showed crude inventories contracted for the first time this month, with inventories shrinking by 0.215 million in the week ending September 23 compared to forecast of an increase of 0.443 million. Signs of resilient demand could sway the Organization of the Petroleum Exporting Countries (OPEC) as the group returns to its previous production schedule, and the group could offer stable supply over the coming months as rising interest rates in advanced economies is clouding the outlook for global growth.

In turn, OPEC could follow a pre-determined path, as the latest Monthly Oil Market Report (MOMR) insists that “”in 2023, expectations of healthy global economic growth, combined with projected improvements in the containment of COVID-19 in China, are expected “to increase oil consumption”, and it remains to be seen whether the organization will adjust its production schedule at the next ministerial meeting on October 5, as production US remains below pre-pandemic levels.

Until then, data printouts from the US could sway oil prices as a closer look at EIA figures shows weekly field production shrinking to 12,000,000 over the week ending September 23 after being printed at 12,100,000 for four consecutive weeks.

That said, recent developments could support the price of oil as expectations of robust demand come up against signs of constrained supply, and crude could stage a stronger rally over the next few days amid the tentative unsuccessful to test the January low ($74.27). 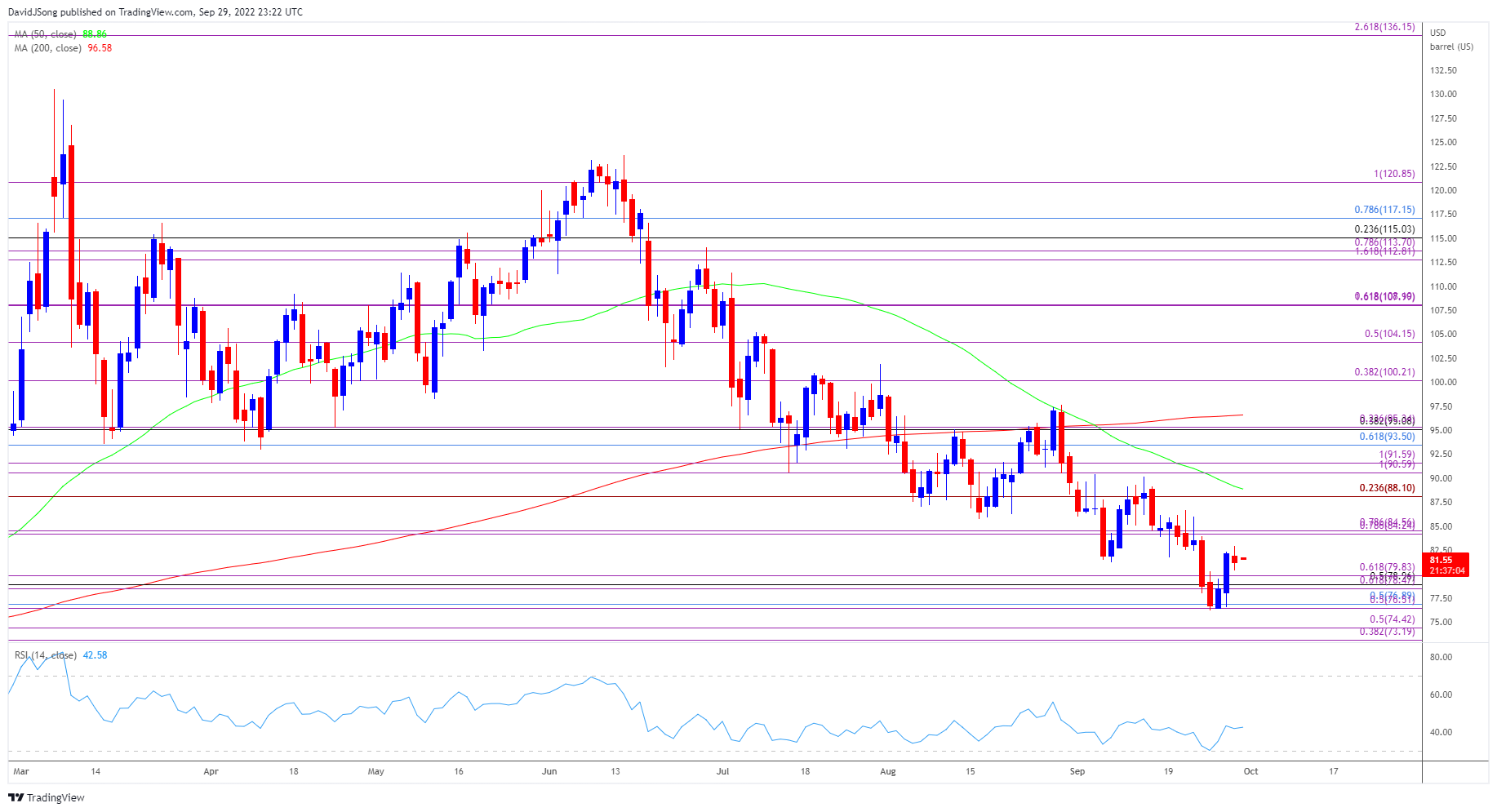